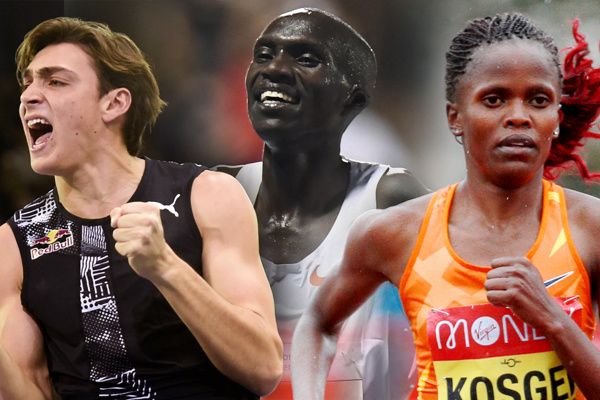 World record-holders Joshua Cheptegei, Mondo Duplantis and Brigid Kosgei are among the nominees for the Laureus World Sports Awards.

Due to the continuing global pandemic, this year the Laureus Awards will not be presented at an open ceremony. Instead, the winners will be announced in May as part of a virtual awards event.

Duplantis was undefeated for the whole of 2020. The Swedish pole vaulter set a world record of 6.17m in Torun in February, then added another centimetre to the mark one week later in Glasgow. Later in the year, he cleared 6.15m in Rome – the highest outdoor vault in history.

Kosgei raced just three times in 2020, but the Kenyan distance runner won the highest-quality marathon of the year. The 27-year-old successfully defended her London Marathon title in 2:18:58, winning by more than three minutes.