The 6th edition of the Africa cross-country championships, previously planned to take place on 6 and 7 March 2021 in Lomé(Togo) is postponed to a later date. The announcement was made by the Confederation of African Athletics following a request by the Togolese authorities who raised sanitary measures to contain the expand of the Covid-19 pandemic. As a reminder, the event had already been postponed in 2020 due to presidential elections in Togo.

AADC athletes put to the test

Residents of the African Athletic Development Center (AADC) in Dakar will be on the track at the Léopold Senghor Stadium this Saturday, January 30, 2021 for tests which should allow their current level of form to be assessed. Athletics is a sport where performance is measured precisely, in time and in centimeters.

The Executive committee of the Association of National Olympic Committees of Africa (ANOCA) during its virtual meeting held on December 29, 2020, has appointed President Hamad Kalkaba Malboum as the Head of the Development Commission.

The Confederation African of Athletics has learned with dismay of the passing of Leonard Chuene, the first president of the South African Athletics Federation.

Leonard Chuene who passed away on Friday January 1, 2021, aged 68, was at the forefront with Banele Sindani and other colleagues in the unification process in the 1990s.

The president of the Algerian Athletics Federation (FAA), Mr. Abdelhakim Dib, spoke on Monday December 14, 2020 by videoconference with an international company enrolled by the CAA to take care of the sponsorship and communication aspects of the Africa senior

The sponsorship commission of the CAA took part in this online working session with this company based in Spain.

Duplantis, a world silver medallist in Doha last year, set a world record by clearing 6.17m in Torun, Poland, in February and then bettered that by one centimetre in Glasgow the same month.

World Athletes of the Year

The title of male athlete of the year awarded virtually on December 5 by the International Athletics Federation (World Athletics) will go to one of the following five athletes: the Ugandan Joshua Cheptegei (Long Distance), the American Ryan Crouser (Weight), Swede Mondo Duplantis (Pole Vault), German Johannes Vetter (Javelin) and Norwegian Karsten Warholm (400m hurdles). Cheptegei who broke the world record in the 5,000 m (12: 35.36), 10,000 m (26: 11.00) and the 5 km road (12:51) will bring the hopes of Africa, after the elimination of his compatriot Jacob Kiplimo and Kenyan Timothy Cheruiyot who were among the ten nominees. Ethiopian Letesenbet Gidey (5,000m), Dutch Sifan Hassan (middle distance, long distance), 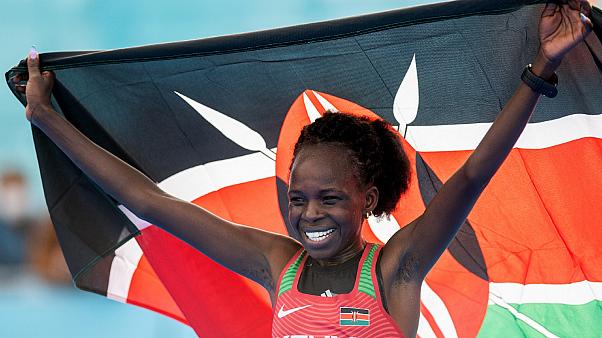 Kenyan Peres Jepchirchir (half marathon), Venezuelan Yulimar Rojas (triple jump) and Jamaican Elaine Thompson-Herah (100 m) are the five finalists for the female athlete of the year trophy. On the other hand, the Ethiopian Ababel Yeshaneh (half-marathon), the Kenyans Hellen Obiri and Faith Kipyegon who were in the TOP 10 of the nominees were not selected.

With three finalists, Africa has every chance of winning the day.